A slight back injury at work has pretty much made me immobile for the last few days – typically for the whole of my days off. It’s only now, on my last day off, that it’s starting to clear

Anyway, what this has meant is that I have not been able to do anything that I wanted to do, mostly physical work around the house. Instead I’ve had to just sit around listening to the radios and doing the odd menial task. Listening to the radios has been interesting though – I’m just waiting on some tanking to take place over the Atlantic with some B1s; but aircraft aside I’ve also spent some time listening in on some Shortwave Radio Stations

So, I’ve picked up quite a few so far – Radio Bulgaria, Radio Taiwan, RAE Argentina, Voice of Nigeria, All India radio, Voice of Russia and China Radio International to name a few. Some “interesting” shows I must say with Radio Bulgaria’s ” Bulgarian Eurovision entries” being the funniest.

The other thing I’ve been listening out for is Shuttle Discovery. Didn’t get anything until its last day in orbit. It came through clear as anything on its second to last ever orbit of Earth. The foibles of the UBC800XLT came through though as it didn’t record properly as it had reset itself. Very frustrating indeed as the comms were so clear and lasted a good 3 or 4 minutes as the crew ran through a checklist. I watched the whole thing online until the crew stepped off the orbiter. Very sad to think that’s its last trip.It’s Endeavour next on April 19th

The real annoyance of my back issue though has not being able to start on “Project Larry”. Larry arrived with me on Tuesday, he is an ex Royal Signals Land Rover 110; and I’m going to turn him into a sort of mobile Comms post and a Camper van

Being an ex Signals 110 it is pretty well kitted out in the back already. It’s totally hardwired up, with a caravan style connection to a mains fuse box that then goes on to power 7 three pin sockets. Ideal for Radios, laptop, monitor etc.There’s also 2 side panels, head height, just behind the doors that contain fitted antenna connections. There’s also plenty of room for storage, I’ll probably get a powered cool box in there too.

First task though is to get some of the wiring sorted. There’s a standard radio antenna that needs rerouting to the dashboard. when I say dashboard, there actually isn’t one, just a central knob that switches the lights on and off. I need to update the standard fusebox for the vehicle, one with a few more slots; and then I need to get a new dashboard fitted.

Once an auxiliary battery is fitted and connected to the auxiliary fusebox down the back I can set about getting it soundproofed and insulated a bit. There will also be some new seats added.

I’ll also work on the “Roll in, roll out” sleeping layer. The Landie is already fitted with some mounts for various Comms pallets so I will be utilising these for the sleeping layer. I have the plans in my head, I just need to make sure they’ll work first. 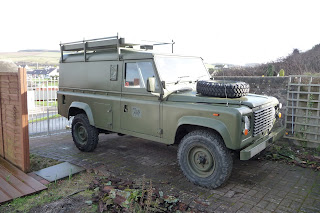 Basically the idea is to have a bed unit (probably just a good thick bit of hardboard) that I can store in the garage and install it in when I want to go camping.
That will probably be it for the initial fittings. I’ll probably look into some more storage and shelves maybe. Hopefully it will at least be fully usable by T in the Park 2012 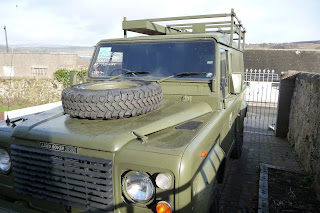 I will of course put up progress pictures on here 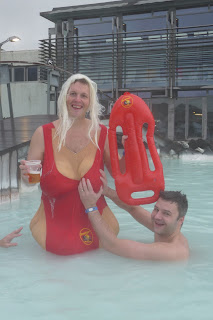