Firstly, a quick update on what’s been going on with me.

In the world of radios, ships, photos and Russians – not a lot!! No blog since September 2017 wasn’t what I had planned that’s for sure. Much of my writing time has gone to Jane’s, which has been great. This has meant I had to prioritise any free time available to them, having to put my blog on the back burner. Overall I’ve written or carried out analysis for around 10 Jane’s magazine articles since September 2017, as well as my continual fleet analysis on the Russian navy for Fighting Ships. 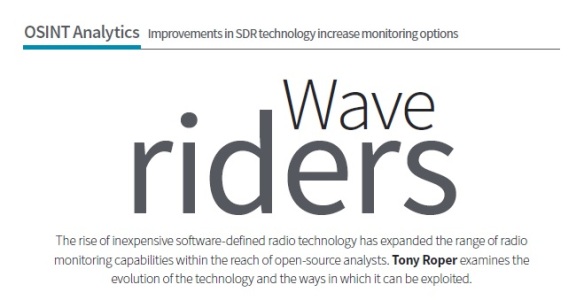 With regards to any radio monitoring, that also had to go on a back burner. When the shack was rebuilt as part of the house renovations I installed all the coaxial in temporary locations, drilled through the outer wall and coming into the shack through a large 50cm by 30cm hole in the interior plasterboard wall. This was in April 2015!! Hardly temporary!!

Due to the pretty crap weather we get here, and the fact that I needed at least 5 days of continuous good weather to be able to do all the connections outside, it has taken until the last week – 3 years later – to finally get the sunny days I needed at the same time as being off work.

Over the last year, the temporary connections had become worse and worse, with lots of noise causing interference. Nothing was earthed correctly either. Other factors such as the neighbours installing dreaded solar panels really screwed up everything, totally wiping out the main Russian navy day frequency they use for CW.

Not only that, with the hole in the interior wall being the size it is, it gets very cold in the room during the Winter – and the rest of the year for that matter – with a large draft blowing in most of the time.

Anyway, new outside connections are complete, in nice new waterproof boxes. Now the exterior part is done, I’m not weather dependant on the rest of it and hopefully I’ll be back up and running in the next month or so. I’ll do a full blog on the new setup once it’s complete.

For 2018, Roland Proesch has updated two of the five books he creates in his Technical handbook range.

The first is Signal Analysis for Radio Monitoring Edition 2018. This has nearly 60 new pages of information on how to analyse various waveforms, including a new section on Satellite signals – useful if you’ve already purchased his Technical handbook for satellite monitoring 2017. There’s also a section on describing how to analyse RADAR signals. Other things such as useful software tools and PC calibration is also included. Here’s a PDF of the contents with new information highlighted in yellow.

The other book is Frequency Handbook for Radio Monitoring Edition 2018. Whilst many people would say a book containing information on frequencies used by various utility stations, armed forces and other agencies is dated and old school, I tend to disagree. There is so much useless information out there online, I prefer using a book for looking things up that I may have found on the HF bands. Granted, a book does go out of date – normally as it’s being printed – but you can quite easily add your own entries in the right places if needed.

This update has several hundred changes of new, deleted and updated frequencies ranging from 0Hz to 30000kHz, and contains a section dedicated to ALE frequencies and idents.

Both books, along with the ones released last year in one of my previous blogs, are available from his website. As usual, he has his bundle offers which makes the books cheaper if you buy two or more at the same time.

I’ve used his books for years and highly recommend them.